How Plutonium Is made

When Was It Discovered? 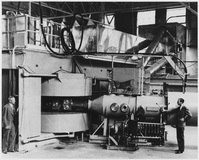 Plutonium is a man-made element that was discovered in 1940 by Glenn Seaborg, Edwin McMillan, Joseph Kennedy, and Arthur Wahl, Berkeley California United States, (The Berkeley Team). The Berkeley Team made plutonium by bombarding Uranium-238 with neutrons to produce uranium-239, this decayed to neptunium-239, which then decayed to plutonium-239. The 60-inch cyclotron in Berkeley (Picture On the Left) was used to bombard uranium-238 with neutrons. At first the new element was identified as a chemical, The metal was later found naturally in small quantities as a decay product in uranium ores. In the same year it was found that slow neutrons cause plutonium-239 to undergo fission (Fission- A nuclear reaction or a radioactive decay process in which the nucleus of an atom splits into smaller parts). The fission releases more neutrons, and can result in a nuclear chain reaction. Seaborg submitted a paper to the journal Physical Review in March 1941 documenting the discovery, but the paper was quickly withdrawn when it was found that the  isotope of plutonium could undergo nuclear fission, making it useful in developing an atomic bomb.

What Is It Used For?

Plutonium is not found in households as it is highly radioactive and needs to be handled in the correct way. Plutonium is found in Nuclear bombs as it can undergo nuclear chain reactions. Plutonium’s is used as the explosive ingredient in nuclear weapons Plutonium can produce an explosion as big as 21,000 tons of TNT. Plutonium is also used as a long-lived heat and power source for space probes due to its high-heat production rate and long half-life of 88 years, Plutonium can be used as a heat source in radioisotope thermoelectric generators, which are used to power spacecraft and extra-terrestrial rovers. It powered and heated instruments left on the moon by the Apollo astronauts, as well as weather satellites, interplanetary probes, the Cassini Saturn mission, and the Mars rovers. The Pioneer and Voyager space probes used plutonium nuclear batteries as a power source. Three radioisotope heater units (each containing 2.7 grams of plutonium dioxide) were used as heat sources on the Pathfinder Mars robot lander, early pacemaker batteries also used tiny amounts of plutonium. During its first 87.7 year half-life, plutonium will produce around  4800 gigajoules of energy (gigajoules- A measurement of energy). To generate the same energy using natural gas  the Mars rover would need to carry about 86 metric tons of methane and 345 metric tons of oxygen.

Plutonium is a silvery radioactive metal that tarnishes in air to give a yellow oxide coating. It has six allotropic forms (allotropic- is a Greek word for other form of matter) , which vary widely in crystal structure and density. ​The metal is chemically reactive, forming compounds with carbon, nitrogen, and silicon. Plutonium has five oxidation states. These produce different colors in solution:
III:   Pu3+ (blue lavender)
IV:   Pu4+ (yellow brown)
V:   PuO2+ (pink) (in sodium perchlorate)
VI:   PuO22+(yellow)
VII:  PuO52+ (olive green) (in sodium hydroxide).
If you were to touch a small piece of plutonium metal (please don’t!!!!) it would feel warm because of the energy released by alpha decay. A larger piece of the metal could boil water. Plutonium when in the dark glows a reddish orange color due to its radioactivity 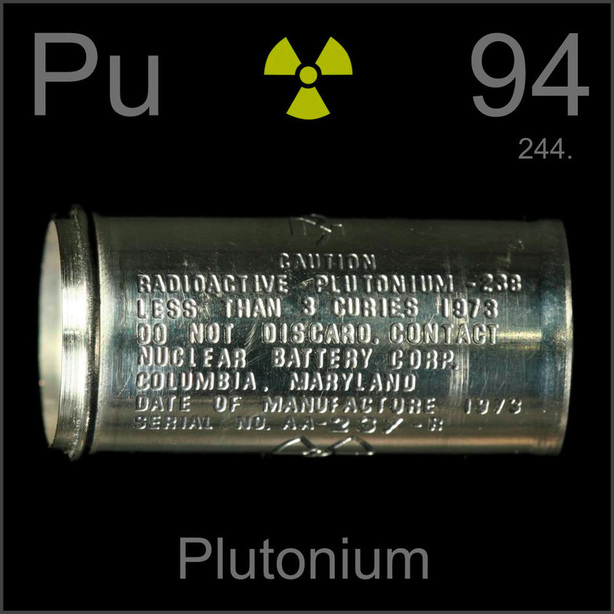 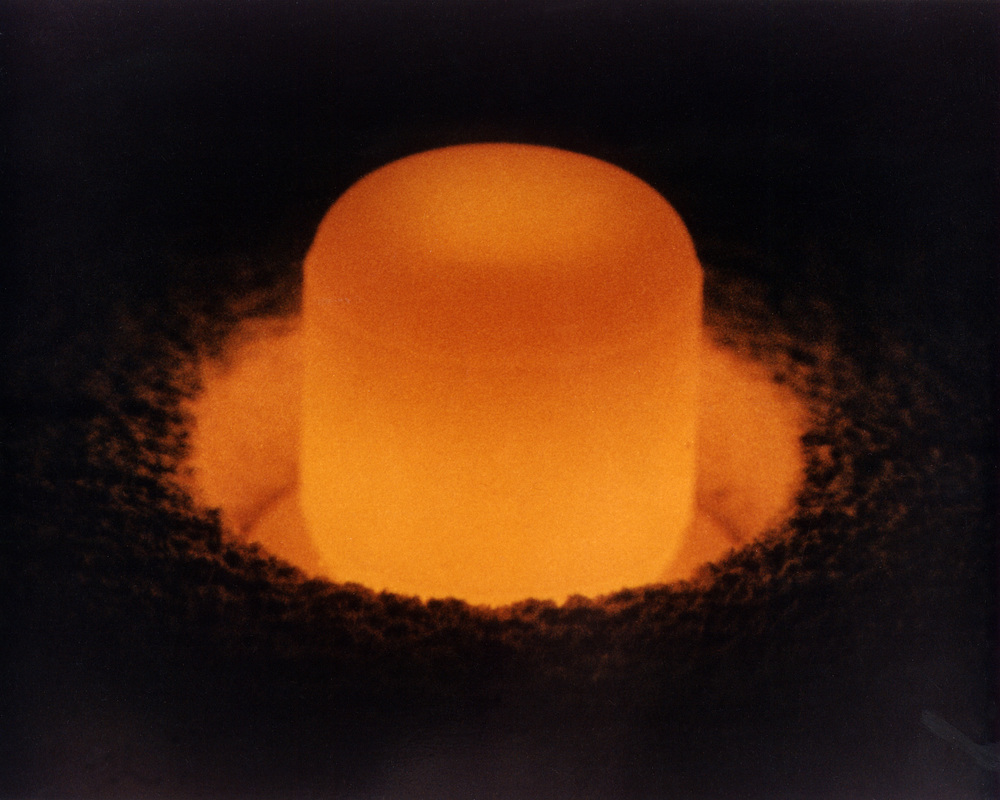 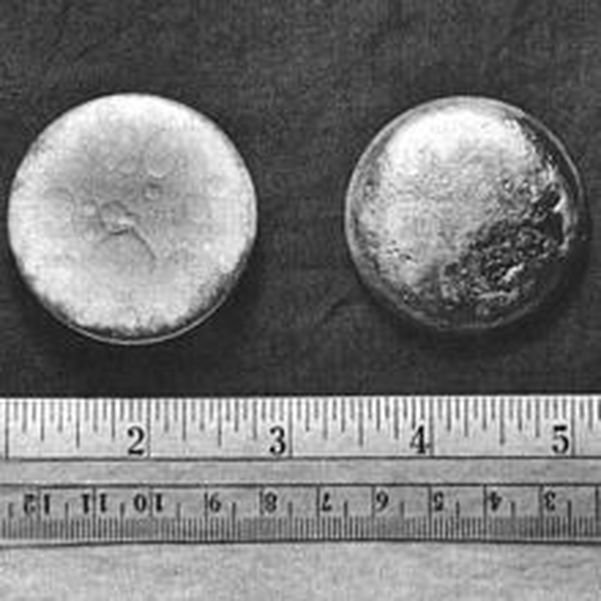