Hydrogen is in fact the only element that has no neutrons and is also the lightest element. It is classified as a non-metal and is colorless, scentless, tasteless, and highly flammable. It's name comes from the Greek words hydro and genes, which means "water generator” when put together. Hydrogen's isotopes are also the only ones to have specific names, those including protium, deuterium, and tritium. If you are looking for the coordinates to find this element on the periodic table, it is located in period 1, group 1.

Hydrogen has pretty much always been around, as it occurs naturally from fossil fuels and wood. Although hydrogen gasses had actually been produced much earlier, possibly even by Robert Boyle when he was experimenting with iron and acids, it was first identified as an element in 1766. Henry Cavendish was in London, England when he first recognized it to be an element.

Since hydrogen reacts with so many other elements to form other compounds, it is used with many things in every day life. The largest use goes towards the creation of ammonia, using 2/3 of the worlds hydrogen manufacture. Recently, it has been used as a way to directly reduce iron ores to metallic iron. Of course there is the hydrogen bomb which is created by the hydrogen isotopes deuterium and tritium, hence the name 'hydrogen bomb.' In the Cold War, after the Soviet's built their first atomic bomb, the U.S. decided to strike back with nothing less than a bomb using the element hydrogen, which had no limit on production. Essentially the hydrogen isotopes released energy by fusing with helium, creating the explosive result. Hydrogen was also once used as a way to inflate balloons, at one point filling England's WWII barrage balloons, but could only lift an ounce per cubic foot; helium has now become the more frequent candidate since it is nonflammable. Some other uses of hydrogen include it's use an alternative form of rocket fuel, in welding, and obviously in water (therefore making it crucial to the survival of people). 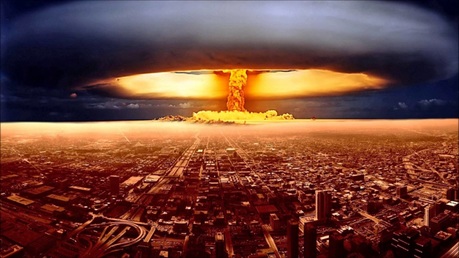 Believe it or not, hydrogen is the most abundant element, making up 90% of the entire universe and 75% of the universe's mass. How is that possible? As mentioned earlier, hydrogen is the core ingredient to forming stars, which are estimated to be about 100 billion in number through the universe. This is of course a calculated guess, as no one knows how many stars are in the universe or even how big the universe actually is. ​
Click Here: Chart of Various Abundances!

Some of hydrogen’s most common compounds include water (H2O), ammonia (NH3), methane (CH4), table sugar (C12H22O11), hydrogen peroxide (H2O2), and hydrochloric acid (HCl) but there are plenty more that are found in everyday usage. So, in other words, it is very reactive and almost all metals and non-metals will react with hydrogen at high temperatures.

With the advancement of technologies we have today, there are several different types of water that can be found in everyday use. However, there is one type of water that can never be bought or sold by the human hand. It is the living water of Jesus that gives us eternal life. In John 4:10-14 Jesus says, “…whoever drinks of this water will thirst again, but whoever drinks of the water that I shall give him will never thirst. But the water that I shall give him will become in him a fountain of water springing up into everlasting life.” Living water is the Holy Spirit, available to all since Jesus has invited us in and essential to the growth and development of Christian, so long as we choose to accept it.