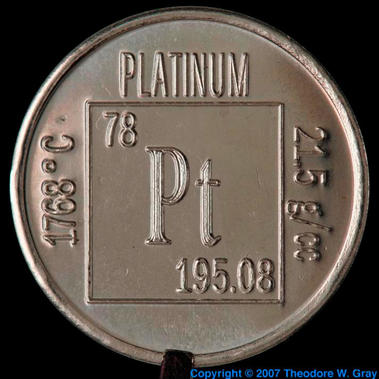 The History of Platinum

Where Platinum is Found

The element Platinum is found mainly in South Africa, Mexico, and Russia. 80% of the world's platinum comes from South Africa.

- Platinum spark plugs are very common in car and normally last the whole life of the car.
- Recently, the world's most expensive diamond was set in Platinum and was on display to the public.
- The crystal structure of Platinum is the shape of a cube.
​ - Platinum is denser that gold.
- During the 1500s, since people were unable to melt platinum, it was just thrown away because it was considered worthless.