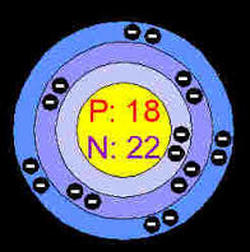 Argon’s name comes from the Greek word "argos" which means “inactive”. Argon is exactly that, inactive, so much so that it forms compounds with virtually no other elements. On very rare occasions and under extreme conditions, it will form very weak compound-like structures. Argon is part of the noble gases family and it’s symbol is Ar but until 1957 its symbol was simply A. Argon’s atomic number is 18 and it’s atomic mass is 39.948. Argon is quite common, in fact it makes up 0.93% of the earth's atmosphere, making argon the third most abundant gas. The atmosphere on Mars contains less than 2% argon. Argon is a colorless, tasteless, and harmless gas. It remains colorless until an electric current changes it to a bright blue sky glow. It was discovered by Lord Rayleigh, an English chemist and Sir William Ramsay, a Scottish chemist. These two discovered argon in UCL, London, England in the year of 1894.
Today argon is used in some common objects we see everyday, it’s most commonly used in light bulbs. It is used to fill fluorescent and incandescent light bulbs to keep oxygen from corroding the hot filament. Some other uses of argon are welding, medical instruments, preserving wine, thermal insulation in windows, and in microelectronics. Many other noble gases would probably work as well in most of these applications, but argon is by far the cheapest. Argon is very cheap since it is a byproduct of the production of liquid oxygen and liquid nitrogen, both of which are used on a large industrial scale. Argon is very useful and we wouldn’t have some of the luxuries of the twenty-first century without argon.
Fun Facts
http://www.softschools.com/facts/periodic_table/argon_facts/197/
http://www.storyjumper.com/book/index/15065552/The-Story-of-Argon#page/1 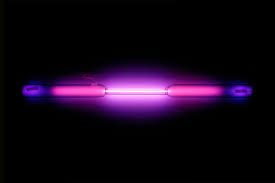